Following the release today of new NATSEM research outlining the negative impacts of potential GST changes, the WA Council of Social Service has said it is clear that Western Australia should not sign on to any tax deal increasing the GST unless:

Irina Cattalini, WACOSS CEO said “We are concerned that some people are proposing increases to the GST as a one-off, fix-all for tax reform, when the reports by ACOSS and the University of Canberra’s National Centre for Social and Economic Modelling released today shows that increases in the GST are regressive, impacting disproportionately on vulnerable households.

The ACOSS NATSEM GST reports show that increasing the GST rate to 15% off the current base would increase the average living costs of the lowest 20% of households by 7% of their income, compared with 3% for the highest quintile. Further, the reports find that single person households and both the households of those over 70 years and under 20 years will also be impacted disproportionately.

Ms Cattalini said “Simply increasing the GST is an unfair way to meet the real challenges of funding health and other vital services into the future, and it is an inappropriate place to start (or end) tax reform. Tax reform should start by closing the loopholes in the progressive income tax system, and the WA government should insist on this before any GST changes are contemplated.”

“We don’t think it is too big a call for any tax reform package to be progressive overall, and that is why we are calling on the WA government to ensure this is a bottom line in any national tax agreement.”

WACOSS has joined with Councils of Social Service in each state and territory, as well as the national body ACOSS, to call for legislated service guarantees as part of reforms to federation and tax arrangements to ensure access to essential community services for all regardless of their income and where they live.

“We shouldn’t be relying on a regressive tax to drive our economy. A fair and equitable solution would be one that encourages and supports greater economic and community participation by those most excluded. Through a fair tax system and guaranteed social investment we would create better opportunities for growth.”

Is this the right time to be banking a $6 billion surplus?

Scholarship awarded for Entry to the C-Suite

RT @NTCOSS: Do you work in the community sector? PLEASE take part in the 2022 Australian Community Sector Survey THIS WEEK and improve awar… 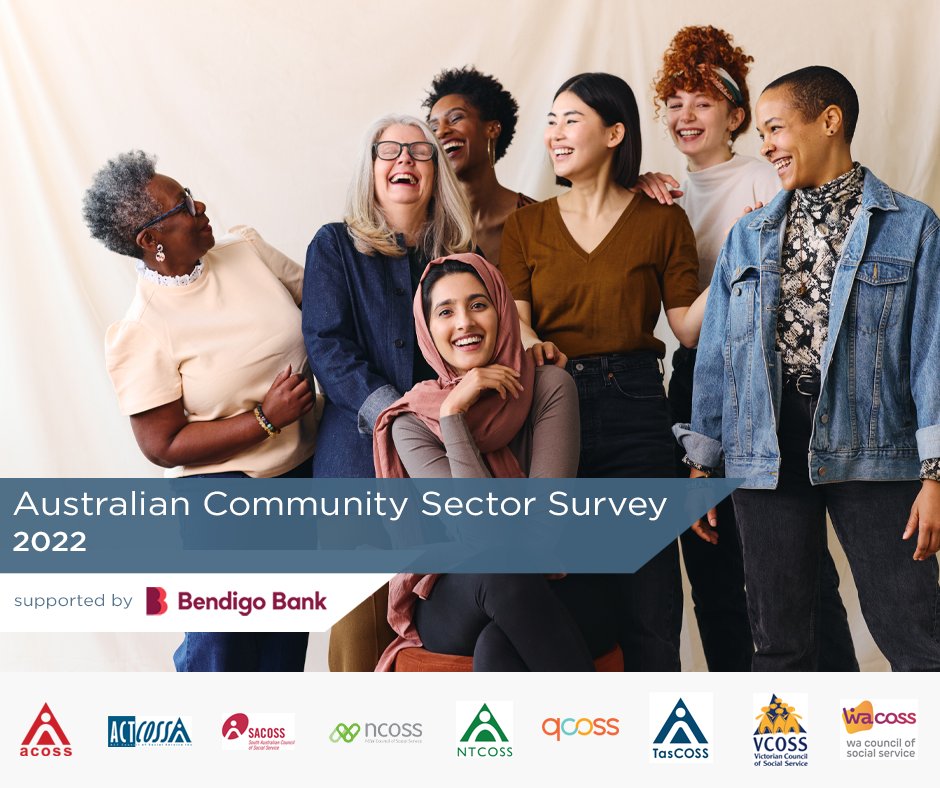