A joint report by WACOSS and UnionsWA that explores the area of low-wage work in Western Australia.

These are challenging economic times for Western Australian workers and families. Low-wage workers are confronting the reality of minimal or stagnant wage growth, while the cost of basic necessities continues to rise at skyrocketing rates. Meanwhile, Western Australia has one of the strongest performing jobs market of all states in the nation, recording its highest number of job vacancies in decades and an unemployment rate at an all-time low. What these ‘strong’ statistics mask, however, is the unevenness of the recovery from COVID-19 economic impacts and job losses and the fact that many Western Australians are still struggling to meet their household’s basic needs.

Low-waged work can be transitional for some, such as young workers entering the labour market and progressing on to better paid jobs, but for others, it can make up the bulk, if not all, of their working life. Some people face a higher risk of low-waged work simply by virtue of their gender, ethnicity, educational attainment, or residency status.[1] Others face a higher risk of low-waged work because their skill-set and profession is located in lower-paid industries,[2] be it agriculture, accommodation and food services, social care services, or less regulated sectors like the gig-economy. Not all low-wage workers struggle with financial stress or hardship as they may pool their income with other, more highly paid, household members. Workers who rely entirely or substantially on low wages to cover basic living expenses for themselves or their families, however, may be vulnerable to persistent economic hardship.

Beyond a general picture of the local economy and labour market, there is scant information documenting low-waged work and workers in Western Australia. The latest report in Bankwest Curtin Economics Centre’s Focus on the States Series, Behind the Line: Poverty and disadvantage in Australia 2022,[3] demonstrates that access to paid work alone may not be enough to lift someone above the poverty threshold. This report revealed that nearly one in five people living in poverty in 2020 were in paid employment. Using a 50 per cent of equivalised median income poverty line, 8.8 per cent of Australians living in poverty were working full-time, as well as 10.8 per cent part-time workers.

The Western Australian Council of Social Service (WACOSS) and UnionsWA hope that the Low Pay Report 2022 is able to fill the research gap in the underexplored area of low-wage work in Western Australia. It is based on the contributions of the 1,373 Western Australians who participated in our online survey and phone-based interviews. For the purpose of this study, we categorised workers whose personal income before tax is less than $52,000 per year as low-wage workers in order to provide a fuller picture of this large, diverse group of workers (full details in the Methods section). Respondents described their financial stress and anxiety when trying to survive on their low wages, be it inadequate income to cover rising cost-of-living expenses or an emergency expense, an inability to save or to finance retirement. Many emphasised that their wages were not increasing at the same rate as their cost-of-living expenses.

The challenges facing workers at the lower end of the labour market extend beyond wage and income adequacy issues. As our companion research report, Job and Wage Insecurity in Western Australia, shows, low-waged workers face a number of additional problems associated with insecure and precarious work. That report demonstrated the financial impact of insecure work, with 39 per cent of survey respondents indicating they were either going further into debt or barely meeting costs of living. Those in insecure jobs were three times more likely to hold down two or more jobs (17 per cent), compared with those in a secure job (5 per cent). Low-wage jobs are all too often low-quality jobs.

Public policy has a role in assisting economically vulnerable workers who rely on low wages to support themselves and their families. While there are many factors that influence job quality and workers’ lives, there are a range of key interventions that can help ensure employment provides workers with the remuneration that is required to meet their needs and support a decent standard of living.

The following recommendations set out reforms that should be undertaken to directly increase the income of workers receiving low wages, but also to enable better access to well-paid and secure work. Reform is also necessary to ensure everyone in our community is able to affordably access essential goods and services, such as housing, food and energy, through direct measures that reduce living costs.

This report recommends that: The trauma of being locked up in a prison as a kid lasts a lifetime, a fact that all those on last night's episode of "You Can't Ask That" can attest to. This is a must watch episode. Kids don't belong in maximum security adult prisons #RaiseTheAge ... 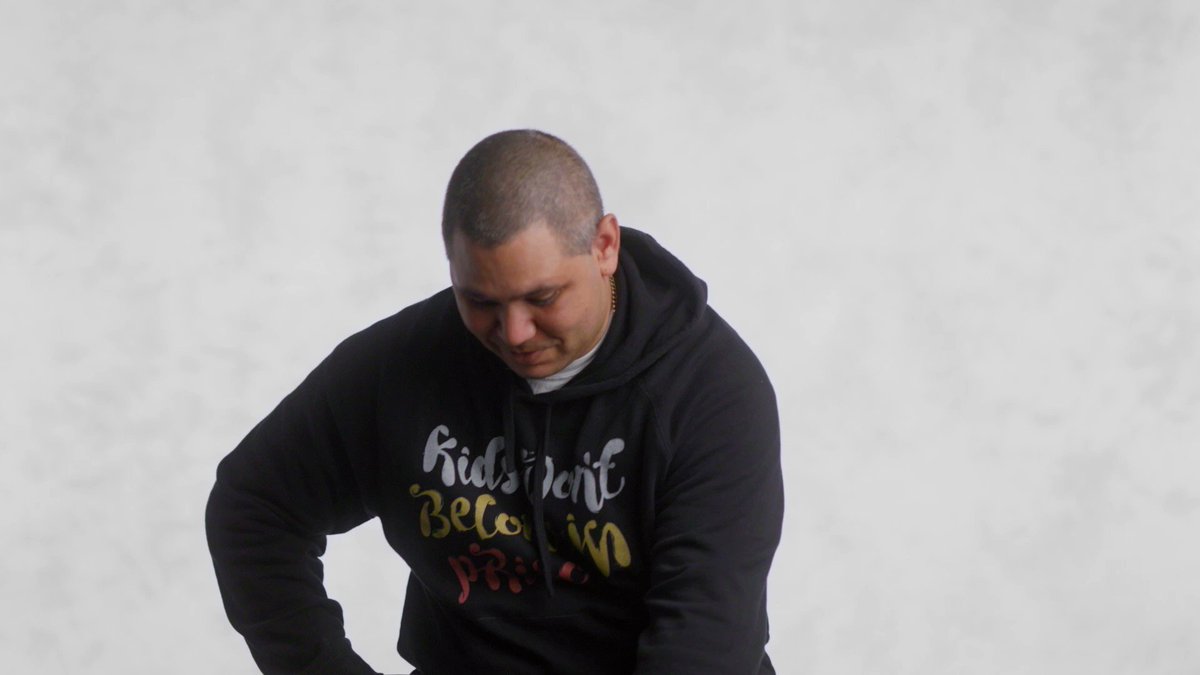 RT @mackenzie_mich: Looking forward to positive reform of the WA RTA to make renting a better experience for the thousand and thousands of…

RT @BubblesAus: WA Government is putting children into our maximum security adult prison. This is not the answer. More from @SocialRWA @… 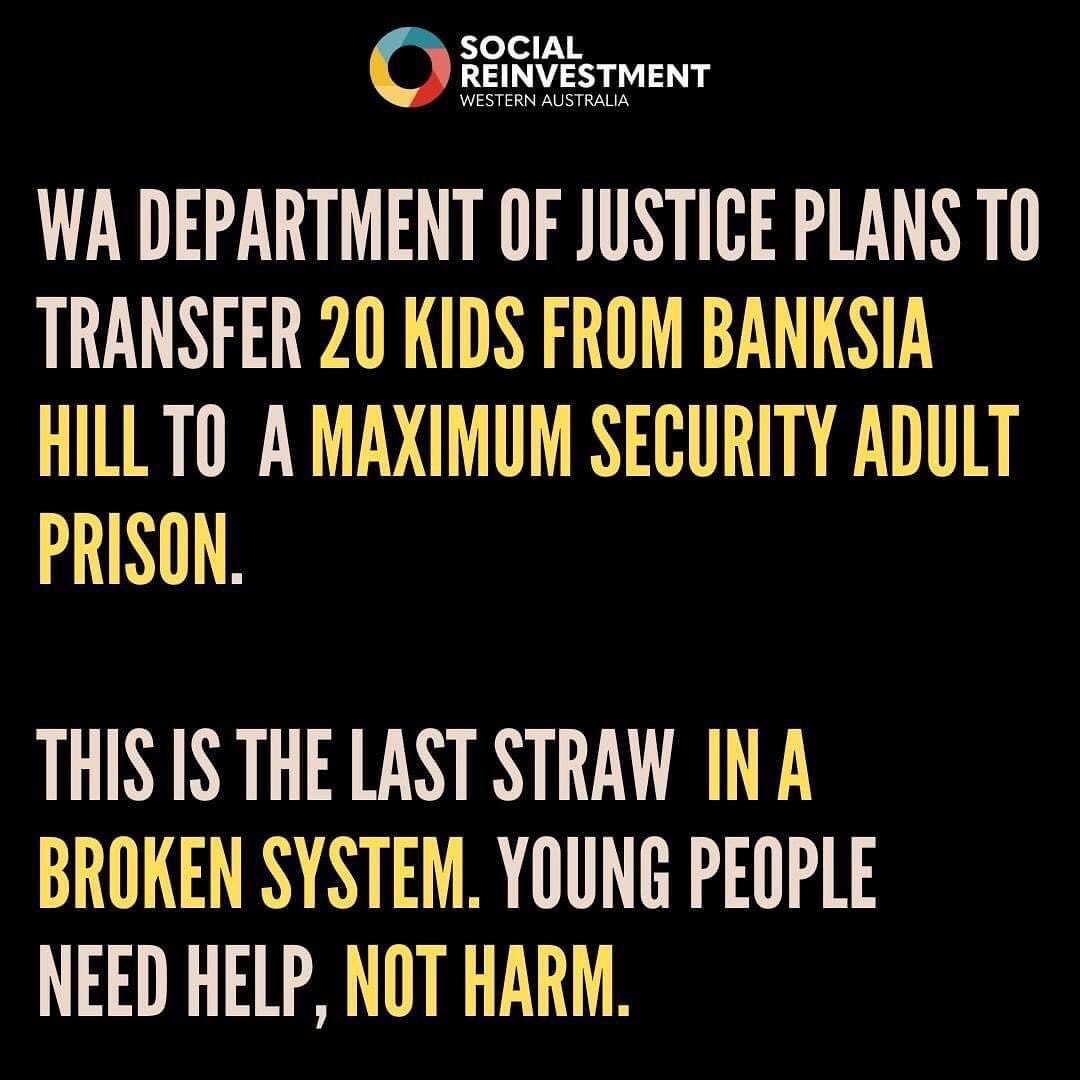